For Crossroads interns, we spend our Wednesdays outside of the office on one of three campuses: the University of Illinois at Chicago (UIC), Illinois Institute of Technology (IIT) and the University of Chicago (U of C). Other students on CSM spend either Tuesdays, Wednesdays or Thursdays on campus. Our staff wanted us to connect with the students outside of follow-up meetings and Vantage meetings Thursday night. Something a little more fun and relaxed. That something has been soccer on Saturday mornings at the UIC turf fields.

Whenever we strike up a conversation, whether just about life in general or a more spiritually based conversation, they are invited to join us in non-competitive soccer. The first few weeks were rather slow, with the staff helping our numbers. Halfway through mission we started grabbing people we met in the Dwight, on campus and even people who were running by the fields that morning to join us. Five weeks later, we now have more international and campus students than CSM students attending. We have students who are attending from UIC, IIT and U of C but also we have some who, like ourselves, are in Chicago for only the summer. Those students are from India, Boston and Brazil among others. 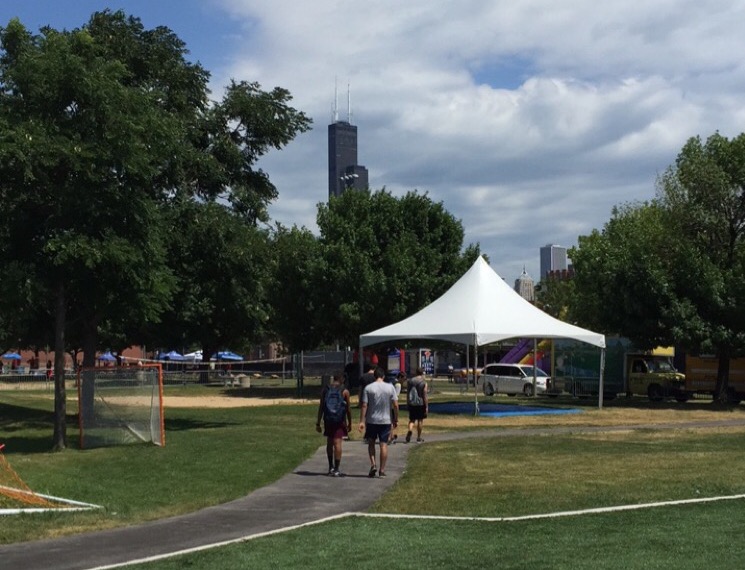 Students leaving Chicago after our last soccer outreach on Saturday.

Our goal for soccer is not only to strike up spiritual conversations but also to build a community chain between the campuses. Our hopes are for these students to continue playing after we depart from Chicago and that they’d build friendships with each other.

Crossroads interns Mindy Kraft and Taylor DesOrmeau are among those CSM students who have been playing soccer on Saturday mornings. “At the beginning of the 10 weeks, it was all CSM people playing, but as the weeks went on, more and more students outside the missions joined us,” Taylor commented.

“By the last couple weeks, there were so many others joining us that they had enough for their own game. Most people just came to play soccer, not because of anything spiritual. But through talking and competing with them, we were able to share a slice about what we’re doing here this summer and who God is.”

Soccer Saturdays present us with opportune moments where we can share why we’re here in Chicago this summer. Opportunities where we can share who God is and be an example of His love for them. Soccer was just one snippet of God working in our summer mission and we are so thankful for the relationships that were built from it.