Week 7 for the Crossroads team was a rather exciting week! Exciting how? We had the privilege to work on our projects but outside of the office and in our teams! Our student directors, Alex and Bri, believed a change of environment would trigger more motivation and drive to be creative while working diligently to reach our deadlines efficiently.

For our video team, it’s normal to be in and out of the office daily. They do a great job taking advantage of the beauty that Chicago has to offer in terms of filming. As for the design and writing teams, we do not have that privilege, but this week we did. On Monday, due to severe inclement weather, we worked from our apartment building, the Dwight Lofts. The Dwight has a community floor with booths and internet access, referred to as the Skylounge, that made our work day possible.

As a member of the writing team, Grace Winn, a junior from Purdue University said, 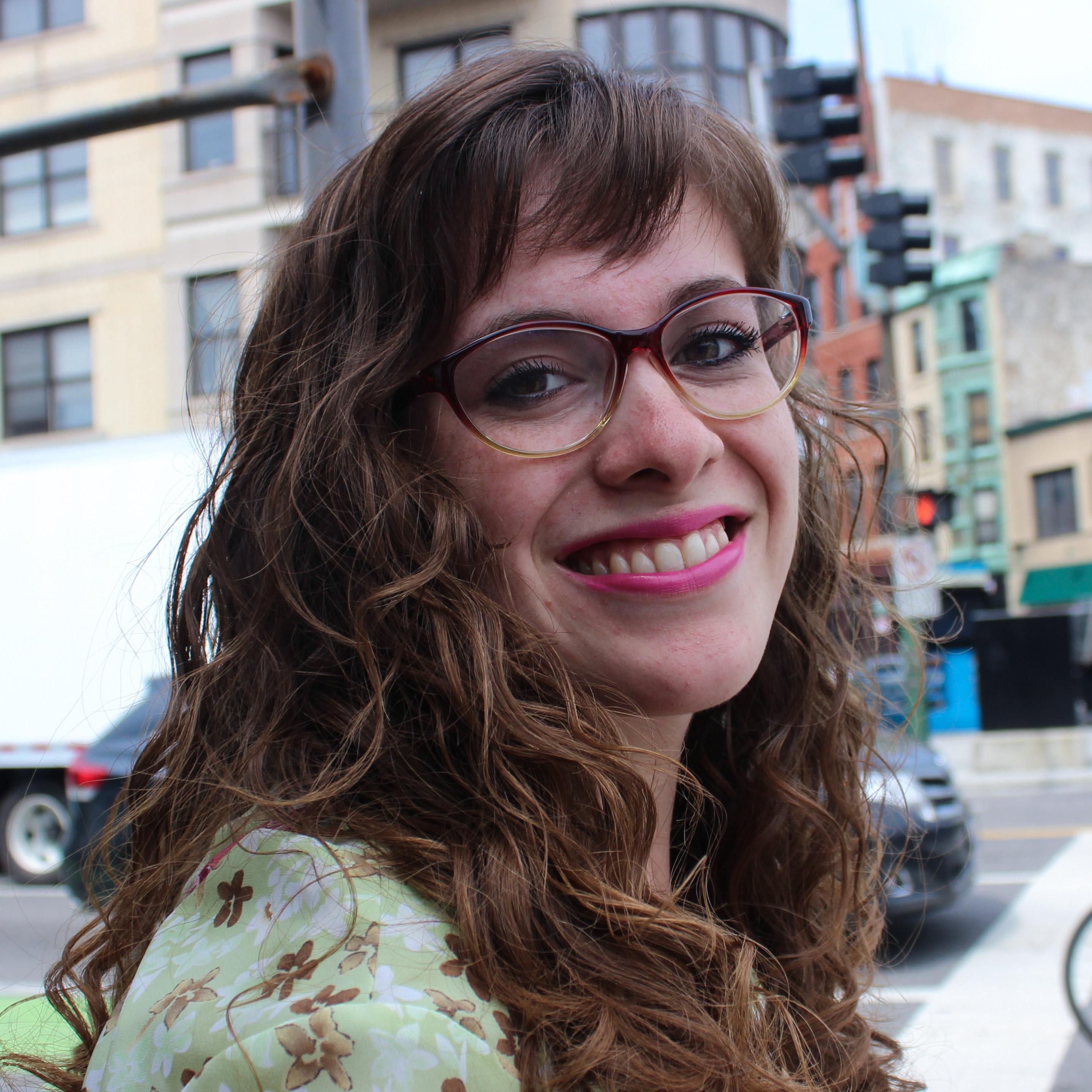 “[Working in a new environment] revitalized me!” Winn continues, “It gave me a new drive to get through the next three weeks.”

The writers also had the opportunity to work outside of the office again, but instead of staying home, they decided to find their inspiration from the Harold Washington Library Center.

For our design team, creative environments serve an importance for drawing inspiration. Chicago is a city that has thrived and survived through many decades, including the Chicago fire, in which the city was almost completely charred away by burning flames in 1871. Chicago has been on the path to revitalization with the help of striving architectures from all over the world. Our design team enjoys working in coffee shops located in different sectors throughout the city. Danielle Brinkman, a junior at the University of Illinois at Chicago, is a member of our design team. Brinkman said that her day out of the office was

“Interesting to say the least. I got more work done that day than any day I had working in the office.”

This drive and push to reach the completion of our projects becomes increasingly important as we prepare to for our last weeks in Chicago.

All summer our video team has been in and out of the office filming and shooting from early bird hours of sunrise to the moonlit hours, fighting both the scorching heat from the sun and at times working with the sometimes-difficult-to-work-with actors whom they cast for the videos. Creating videos centered around the promotion of IndyCC and other aspects of the conference does not happen overnight. The team spends weeks planning in the office. Bowling Green State University filmmaker Brody Sell called the film shoots “refreshing.” Sell continues, 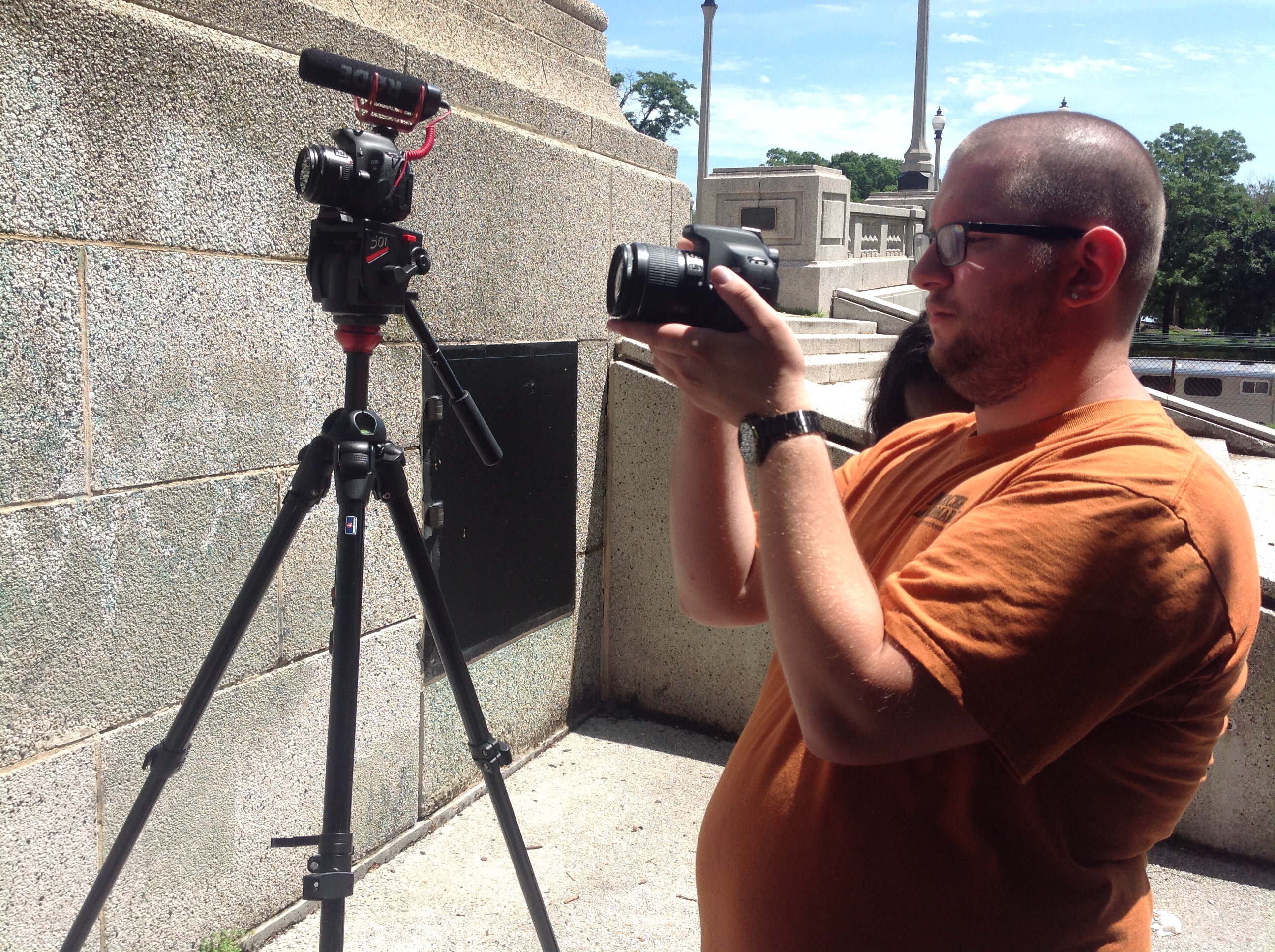 Brody Sell on site filming a video for the Cru Summer Missions website.

“Being out of the office on film shoots makes working feel like a much-needed vacation.”

Filming may not be a walk in the park, but the outcomes of seeing our work at IndyCC will be rewarding and worth the days of stress in the office.
The past seven weeks have taught us a lot about ourselves as a community. Switching environments has taught us that working in our individual teams produces just as much productivity as working together as a community of 18. And for that, we are all thankful.