Jacklyn George says she’s the “most severely introverted person” she knows. She came to Crossroads in Chicago this summer not knowing any of the 67 other students or any of the staff.

This soon-to-be senior from the University of Minnesota Twin Cities describes herself as dainty and whimsical. Through the mission, she says she’s come to understand the importance of community, even as an introvert.

“In some ways, being extremely introverted, especially at the beginning, was really difficult in the office because we’re all stuck in one space, together,” Jacklyn said. “As I’ve been getting more comfortable with people and getting to know them better, it’s gotten a lot better.”

Jacklyn went to North Myrtle Beach last summer on a mission with Cru, in which she struggled through many deep, theological heart issues. This summer, her goal was to get better at loving people.

“I feel like I’ve really grown relationally and in loving and trusting people,” Jacklyn said. “Remembering back to last summer, I was like, ‘Don’t get too close, people are going to leave me.’ I feel like people (here) do a really great job of showing love to me, and it’s really a lot easier to accept that now.” 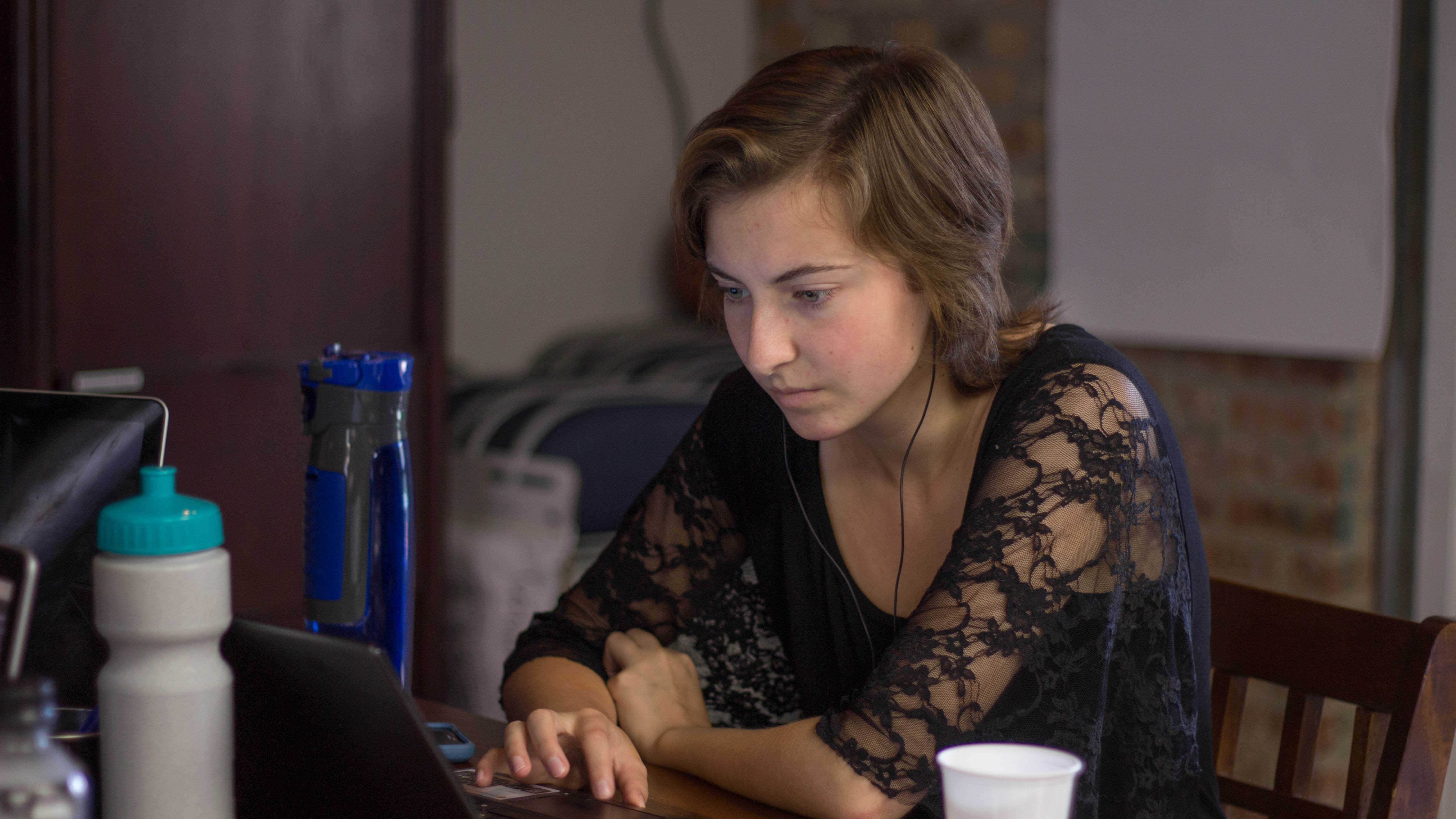 As a double major in English and communications with a minor in leadership, Jacklyn is a writer on the Crossroads team and has contributed toward the Crossroads and IndyCC blogs, improving the Great Lakes Cru website and acting as well as doing voice acting for the video team.

She was originally planning on going on mission in China, but she says this opportunity was perfect, since it allows her to do things she’s passionate about to serve the Lord.

“I’m kind of living my dream because I’m writing and editing,” Jacklyn said. “I went to college thinking I wanted to be an editor. It’s really nice when people are competent writers; I like editing their stuff.”

Those who are part of “Jacklyn George’s Fan Club” (it’s a real thing) know about the uniqueness of her character. She’s played the piano since kindergarten. She’s a cat-lover and boasts about being part of “The Single Cat Ladies of America” Facebook page. She dreams of going to the other side of the world to teach English. She thrives in public speaking situations, including being an emcee for one of the meetings during Chicago Summer Mission.

With these varied interests, Jacklyn says she has a hard time seeing into her future how God will use her.

“I feel equipped to basically have any job… right now, I’m literally doing things that I love doing, that I’ve been equipped to do,” Jacklyn said. “I’ve just been given so many tools, it’s hard to look into the future and see how God’s going to use me.”

Through Crossroads, she’s already found one future opportunity to continue using her skills. Josh Kattner, a member of Crossroads, invited her to join his startup company, Pure Note Productions, an audio production agency that specializes in film composition.

“Josh’s got this startup company and he needs a writer and I’m a writer,” Jacklyn said. “There’s social media needs, and his website needs updating and cleansing.

“It’s one of those things where I know I’m a very skilled writer, but this is real world stuff.”

Even though Jacklyn may not know exactly where and how God will use her, she trusts God to lead her in the right direction. As Jacklyn says, “God loves me and it’s going to turn out great.”